We bring in our soul signs of our past life and this would not be different in numerology. Therefore, through the Karmic Numbers, we can establish situations that happened in other lives and that reflect in our day by day.

Through these numbers you can recognize points for improvement and mistakes not to make. In other words, have in hands your destiny, to understand what you did wrong and what to do to have a happy and lighter life.

What are Karmic Numbers and Karmic Debt?

In the reincarnation process, each life that is given serves to enhance the positive points. However, each new passage also carries the importance of learning and redemption from the mistakes of past lives. Every life has its ups and downs, good and bad things, and certainly missteps. In other words, the period in which one lives is what matters most for spiritual growth.

This is how the cycle of life works: we receive it to acquire knowledge, if we don’t learn enough, we come back and reincarnate. In this way, this cycle repeats itself until everything is learned, and this we call Karma.

The numbers associated with Karmic Debt are 13, 14, 16, and 19. In other words, these are the Karmic Numbers. These numbers carry a deep impression of past lives, as a reminder of what not to do in this life. Therefore, we are governed by these numbers to seek spiritual elevation.

What do Karmic Numbers mean?

Karmic Numbers play a very important role. They absorb different characteristics according to which we experience problems and issues in our lives.

In this way people with the same Karmic Number can have very different destinies and experiences. Moreover, it could be that even if she carries this burden, she has not learned and makes the same mistakes.

These numbers can be found in your birth date, or in calculations based on the numbers that stand for each letter of your name. Thus, you calculate your name using the Pythagorean Table.

Check below what each of the Karmic Numbers mean.

Those who were born on the 13th, or have this number somewhere in their chart, are a very correct person due to the sum of its digits: 1+3=4.

People who have a high incidence of the number 4 in their chart are exaggeratedly correct, practical, organized, and reliable. Now, if the number 13 and 4 are in the same chart, this is an indication of past lives.

In the past, they were extremely disorganized, uncommitted, and irresponsible people. In other words, they probably anticipated their death, or the death of another person, due to their recklessness. This reckless person is reincarnated with the mission to correct this. In other words, he or she will be correct, a person you can trust and count on to help you.

13, one of the karmic numbers, is known to mean transformation. Therefore, those who are ruled by this number seek patience, determination, and perseverance.

Those who have the number 14 in their chart and its sum, the 5, are people who like freedom. Both in past lives and in the present, they have a preference for movement, want to travel, and are very curious.

In past lives they abused their freedom and addictions to gambling, sex, and drugs. In other words, they had an inconsequential life, without a destination. This is due to the fact that they are extremely curious and want to do everything at the same time. In this way, they experimented with everything and ended up giving in to certain vices.

However, today, people with 14, one of the karmic numbers, in their charts are averse to alcohol and other drugs, don’t like partying much, but love their freedom without libertinism. In other words, this karmic rescue is about living with freedom and responsibility.

16 is one of the karmic numbers of humility. People with this number in their chart had, in past lives, inflated ego, were intemperate, violent, and vain in excess.

Generally, they were people who “pulled the rug” to get where they wanted to go. In other words, they were capable of gossiping, harming anyone, and even destroying homes.

However, today they live in search of self-knowledge. Therefore, they are a type of person who likes to study, learn, and are spiritual.

This karmic rescue has a lot of connection with people who did not know how to deal with the authority they had. Thus, they were tyrannical and very authoritarian leaders.

They did not think twice before taking what was not theirs and were extremely proud. As a result, many suffered at their hands.

Today, these people seek to be better versions of themselves. In addition, giving is part of their day to day life, be it by giving goods or even attention and time.

In this life, they have a mission to practice honesty and to be loyal, since they did not do this in past lives.

Recognizing past mistakes and learning from them

Some people believe that these numbers in their charts are a way to learn something they didn’t know. However, it is an opportunity to salvage something good that they missed in other lives.

So don’t just let life happen. So, how about running after the “damage”? Try to invest in yourself and take care of your well-being.

When we are well with ourselves, when we really love ourselves, our lives flow and return to the balance they should always have been.

An interesting point to search for good choices is to know how to interpret your Astrological Chart, which we also have a very nice course. In addition, we also have a course for those who seek to practice forgiveness and recognize their own value and the value of their family members.

Did you like to know a little more about the Karmic numbers? Do you have any of these numbers in your chart? Leave your comment, we’d love to read it!

Tania Gabrielle is an astrologer, numerologist, and psychic. She is the creator of Numerology Academy - the first online certification course in Astro-Numerology. The course has been taught to thousands of students across 37 countries. 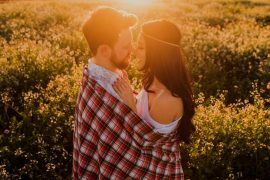 Can Numerology Explain The Type Of Person You Attract? 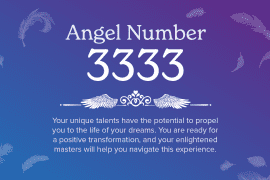 What Is The Meaning Of Angel Number 3333? 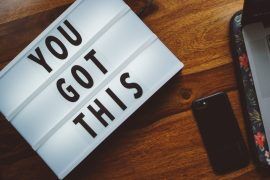 How to find out my Motivation Number