If you know me a little, you will know that I knew numerology in a critical moment of my life and how it helped me relieve the emotions so intense that I was going through and understand more why things happen at some point in our lives.

You will also understand how it complements us in our lives.

I was at that time doing other holistic therapies when I was given a basic study, where I could discover my karma number, inner and outer personality, my mission in life, and my Dharma number.

All of this may sound Chinese but I assure you from my experience that it is not.

You really realize when you start to go deeper into this fantastic world of numbers that this is something that never ends, it comes with you and goes with you.

Numbers will always follow us on our journey as souls.

So much so, that I decided to form myself and there I discovered many more things that my soul did not understand in those hard moments that I was going through.

Numerology is impregnated in us without knowing it and knowing it helps us to take giant steps in our lives and personalities.

Little by little I entered the Pythagorean Numerology, based on the mathematical foundations of Pythagoras, which expose the future tendencies with the vibration produced by the numbers on people and situations.

Classic Pythagorean Numerology is far less complex than other numerological systems and the most accepted, also associated with the Hebrew Kabbalah. There are basically two types, the one with Pythagorean roots and the one with Hebraic roots known as Gematria.

It is the most accurate form of prediction existing today.

Pythagoras learned the mathematical knowledge of the Hindus and it is then that he made the relation of the numbers with the sacred and with the divine.

For Pythagoras, numbers were a mystical phenomenon; he felt that they had their own life and that they were responsible for the Divine Harmony. He was misunderstood in his time and initiated in the “Magic Arts”.

Pythagoras’ followers considered him a “Daimon”. The equivalent between men and divinity. Even today he is known as “the father of Numerology”.

It was Pythagoras who saw in all things numbers. He was a questioner of the Cosmos and established a way of life.

Numerology is the ability and science of understanding through numbers the spiritual meaning and orderly progress of any expression of vibration.

Every word and name has a number of vibrations and every number has an inner meaning.

The general numerology table goes from 1 to 9 where each number has its own unique cosmic vibration, representing the universal principles so that everything evolves in a continuous spiral.

The vibrations have their positive and negative part.

Through a good study of the meaning of the numbers, we will be able to understand the progression of the cycles of life.

The numerology shows and proves the qualities of the individual, the defects, concerns, feelings, and experiences that will be determined by the numbers that appear in the numerological table.

It is by these numbers and the number of combinations that we have that it is deepened more in the life and personality of the subject, feeling identified and being recognized in it.

With the complete date of birth, name, and surname as it appears in the birth registry, we will be able to make a good numerological study to orient the interested person, giving him or her some guidelines and advice to be able to direct his or her life along the path of material and spiritual success.

When we add up the digits, we will obtain different personalities under the numbers 1 to 9 giving each personality its own number.

There are also the master numbers which are energies a little higher than the basic numbers from 1 to 9. Let’s say that we could call them “special numbers”. These are: 11, 22, 33, 44.

In a study we will also see “the vibratory planes” these indicate to us how we can arrive at a major performance in the life of each one.

There are 4 planes of consciousness or expression in such a way that a person manifests outstanding personality traits, particularities, and skills.

These planes are Mental, Physical, Emotional, and Intuitive.

The number zero and the divine vibration

He is credited with being the pioneer or beginner of the nine digits. It is the representation of perfection by having a circular form, the symbol of the eternal, which means all or nothing.

The odd numbers are masculine (yang/active) and the even numbers are feminine (yin/passive).

“With numbers, you can demonstrate anything” – Thomas Carlyle

As you can see, a numerological study is more complex than you think. Here I have left a base of what may result from a study but there is much more.

These studies help us to understand much of our lives and even know what path to take in some areas where we have to make decisions and not a lot of doubts arise.

It helped me to channel my life and align it as I wanted and needed to keep walking.

And you, how are you doing?

If you think that a study of numerology can help you on your way, I can support you from here with a basic or advanced study, as you determine. Surely you do not regret it!

Besides, we can always talk about it to dispel any doubts you may have. Leave me a message here if you like, I’ll be happy to read it to you.

“Numerology is the ability and science of understanding spiritual meaning through numbers.” 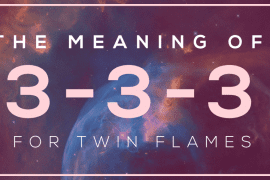 What Does Twin Flame Number 333 Mean? 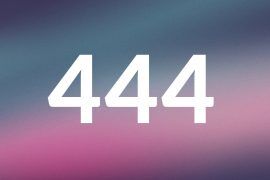 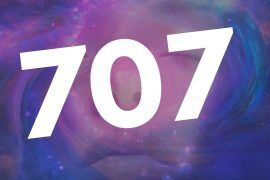